We’ve all heard or seen it time and again when a politician, corporate leader, even media personality‘s culturally insensitive ‘gaffe’ goes viral. They insist they really aren’t bigoted and immediately point to a ‘best friend’, diverse staff makeup or non-discrimination policy as ‘proof’ of their woke-ness. News flash: Just saying you’re diverse or that you believe in inclusion won’t cut it. No matter how sincere.

What’s exacerbating the problem is that as the media consistently sheds light on these viral moments, we can be counted among the biggest offenders. Whether it’s how characters are presented on the big screen, in a commercial on the small screen, or among decision makers behind the scenes. Despite some progress, there is still a lot of work to be done when it comes to cultural awareness and corporate media inclusivity. Somehow it’s just easier for members of the press to shine a light on those in the public spotlight committing tone-deaf racial infractions, rather than themselves. It’s no wonder critics claim hypocrisy. Media leaders must also be accountable. We ultimately decide what is seen on-air and whether it accurately reflects society as whole. It goes without saying, having people of color in the room and at the table matters at every level, in every industry.

“By embracing inclusion in our newsrooms, we are not only reflecting our audience but helping them understand the different perspectives within the world in which we live.”

News organizations like ABC Television Stations, are beginning to vocalize their diversity efforts on a broader scale, with good reason. Although a majority of Black viewers reportedly get their news from television – 6 in 10 are still largely underrepresented in newsrooms across the country, especially when it comes to leadership positions. Only six-percent of Black Americans are news directors, according to Pew Research, and I’ve seen that first hand, having only worked with one in my entire broadcast career.

The entertainment industry is lagging behind even more. While overall cast diversity in film and television “has been slow but steady” according UCLA’s Hollywood Diversity Report 2019, “women and people of color remain underrepresented among all actors.” The numbers for directors are even more dismal, where only 1.3 out 10 film directors are people of color, they remain marginalized from their White counterparts as television show creators and continue to be underrepresented in the ranks of Hollywood writers.

Leadership sets the tone. In my screenplays, documentaries, public affairs campaigns, and among the lessons I teach my media students, the goal is inclusion first. That said, I also have to take a moment and give credit to where credit is due. In particular, to one female boss of mine who was station manager (a first) at CBS’ Detroit affiliate. It was 2001 when she took a chance on me as I sat in her office as one of her reporters with a penchant for politics and award-winning exclusives, pitching a show idea that had never been done in local television at the time. When she promoted me to that executive position, leading the public affairs department, producing and hosting the talk show I pitched (trendsetting in itself at that time), I established an expectation among my staff of producers that all of our shows and interviews would be thought inclusive and visually diverse. Detroit has a beautiful ethnic makeup of Polish, African, Indian, Jewish, Iraqi and everything in-between and I believe we owed it to our audience to reflect all people and viewpoints. What (or who) people see on screen sends a signal. Even before the precedent-setting show, as a local television news reporter, I made it a priority to interview an array of people from varying backgrounds, cultures and beliefs, as much as possible. I didn’t necessarily have to point this out to my audience or to tell them, they could see it. And in so doing, hopefully they found a little piece of themselves represented. I’ve carried that acumen in every role since. So, to the cynics I say, there’s really no excuse.

“Women and people of color remain underrepresented among all actors.”

By the way, inclusive programming shouldn’t just skew one way on the idealogical spectrum. People of color, who makeup various ethnic cultures are not monolithic in their thinking and the degrees of these viewpoints should also be reflected rather than marginalized with similar intention. In this vein, media leadership can do a lot more to be ideologically diverse – another post for another time. It’s also important to acknowledge that even as media companies attempt to do the right thing, it can still backfire in the court of public opinion (i.e. the inter-webs). I reckon back to that whole social media eruption when Disney announced its casting of a ‘Black’ actress for the so-called ‘White’ Ariel role in a live-action adaption of ‘The Little Mermaid.’ Chalk it up as another teachable moment. Public information campaigns can be a double edged sword, and a risk worth taking in this case. Sometimes we’re damned if we do, damned if we don’t, but doing the right thing with the right intent, is never wrong.

Thoughtful, tactful team awareness combined with strategic creative inclusion can propel anyone who produces content, from freelancer to studio executive, to proactively implement and market a practice around these ideals. Gaffe-proof viral moments aren’t guaranteed to subside (we’re all still human after all all) but these steps can go a long way in helping to minimize them. Above all else, it’s paramount that organizations establish an environment of authentic cultural respect where media leaders who reflect our diverse intellectual landscape are celebrated (not tolerated) and space is made for a new generation of media power brokers who create content that more accurately represents all of who we are and aim to be. 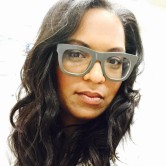